When it comes to the Common Core, many teachers today feel a bit overwhelmed by the barrage of ever-changing standards and top-down state expectations.  In terms of these changes, most of us will readily agree that we just want to be protected from the waves of new initiatives that wash upon us as school employees.

The agreement for protection, however, usually ends at this desire.  Some teachers are totally convinced that these changes are tsunamis or personal attacks on the beaches of their individual teaching philosophies. They maintain that they’ll lose all ownership of their classrooms with each new crash upon their shores.  Although I agree with these sentiments up to a point,  I am too optimistic to accept the overall conclusion that we’re turning into script-reading robots.

The Common Core Anchor Standards for Writing begins by stating that students should be able to “write arguments to support claims in an analysis of substantive topics or texts using valid reasoning and relevant and sufficient evidence.”  While the CCSS is rolling out new language and structure, there is no need for teachers to freak.  Jaws is not approaching the beach!  Argumentation is something we’ve always asked students to do, regardless of grade-level, subject-matter, or standards-era.

Initially,  I’ll admit. I was freaking out. Even the CCSS shift in semantics from “persuasive essay” to “argument,” threw me for a tizzy; however, with the support of my colleague Dave Stuart’s blog www.teachingthecore.com, I felt comfortable at least experimenting with these changing standards and argumentative writing expectations. This year, Stu introduced me to Gerald Graff and Cathy Berkenstein’s book They Say, I Say: Moves that Matter in Academic Writing, which as one reviewer said, this book “demystifies academic argumentation.” My goodness! I wish I could jump in my DeLorean, fire up the flux capacitor, and force 17-year-old me to read this book before heading off to college. It would have saved me many an all-nighters. <<More on the awesomeness of They Say, I Say later>>

In the following videos, you’ll see my sophomore Humanities students practicing their argumentative skills in our first in-class debate.  I began experimenting with argumentative writing by starting with debate. The awesome students I get to “hang out with” this year are not only very engaged socially but quite competitive. I figured they might internalize the CCSS aspects of speaking and listening before tackling the writing.

During the week, students were first asked to independently close read an article about the death of Ambassador Chris Stevens. Like most of our Articles of the Week, I found the article on one of my favorite resources: The Week. <<Find my students’ version of the Article of the Week (AoW) here.>> At the end of the week, they divided into two teams, with one side supporting diplomacy and the other supporting military action.

Following a modified Lincoln-Douglas debate format, students had a few minutes to organize who was speaking when, since I require all students to speak at least once during the debate. Each team has three minutes to speak during the opening session. Then each side rallies back and forth with two minutes each to shoot down the other side. This leaves each side four minutes to conclude and wrap up their arguments. As long they show social intelligence and encourage all students on their team to speak at least once, the remaining students can “reenter the arena” to expand the argument.

Be mindful that this was prior to instruction on the importance of They Say, I Say, so you’ll note that they’re not using it.

Following the debate, the most powerful learning happened when I had the students watch the footage of the other class’ debate. They critiqued and praised their fellow students, noting ways they could improve before our next debate.  When they watched their own debate , they cringed at all the things that they had just bashed now apparent in their own flawed arguments. Since this initial debate, I’ve found deep experiential roots for them to drawn upon as we practice writing some of our first CCSS argumentative writing tasks. 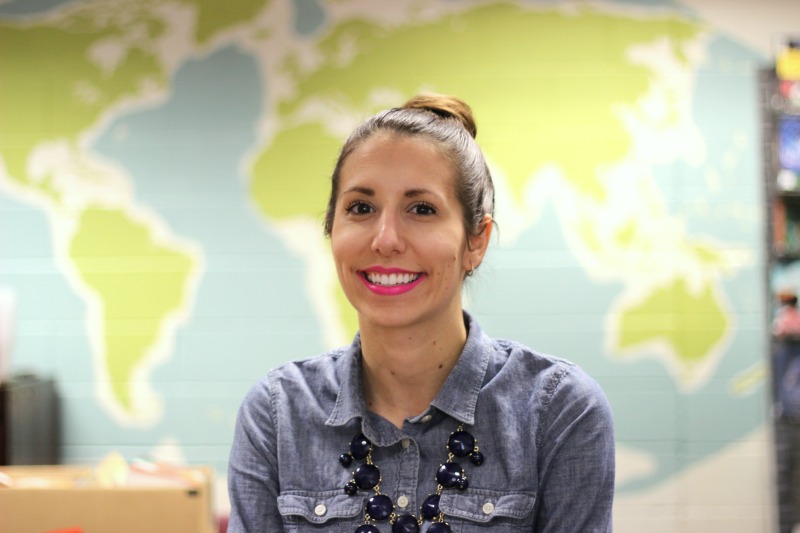